Project for the Study of Dissidence and Samizdat

RIGHTS ACTIVISM IN THE SOVIET UNION 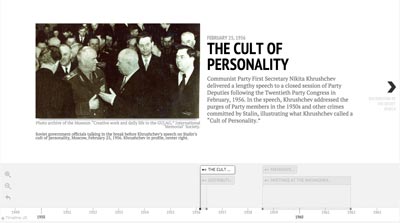 JEWISH MOVEMENT IN THE SOVIET UNION 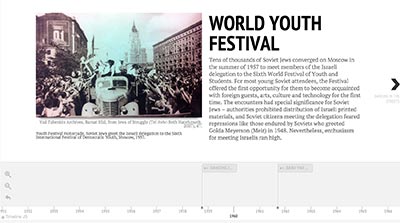 Soviet dissidence (including various types of nonconformist and independent activity) consisted of a number of distinct public groups. While the interests and concerns of these groups sometimes overlapped, each group also followed its own distinctive trajectory. Rights activists (sometimes grouped together in common parlance as the Democratic movement) constituted the best-known group. While the publications and advocacy of Rights activists served as an umbrella for a number of other groups, the aims of these groups were never entirely coterminous. We take one outstanding example, the Jewish movement, which exhibited its own concerns and trajectory, sometimes overlapping with that of Rights activism, but also reflecting the distinctive conditions and constraints of its particular public.

The Timelines are intended to provide a representative selection of people and events in the USSR that show the general arc of development in each case. Photographic materials from various collections help put some faces to these groups. (See below for acknowledgments).

Thanks to the following organizations for furnishing images:

>> The Archive and Historical Research Programs of the International Memorial Society, Moscow, Russia, with special appreciation to Tatiana Khromova.

>> The Association Remember and Save, Archive of the Jewish Aliya Movement in the Soviet Union. Haifa, Israel.

This work is licensed under a Creative Commons Attribution-NonCommercial-ShareAlike 4.0 International License